This is a speculative project about towers which re-define skyscraper typologies by using the decayed and forgotten to generate forms that change through time. The project focuses on exploring the death and rebirth of Olympic architecture in a future Tokyo. Rather than demolishing existing olympic venues and replace them with new structures, the venues are instead sculpted into towers with pre-existing materials in order to create a new hyperdense tower architecture. All re-purposed concrete, cable, steel, and plastic are combined into a chaotic new material unit. And this new material adopts the properties of a strand-like mess that rises upwards from the remains. 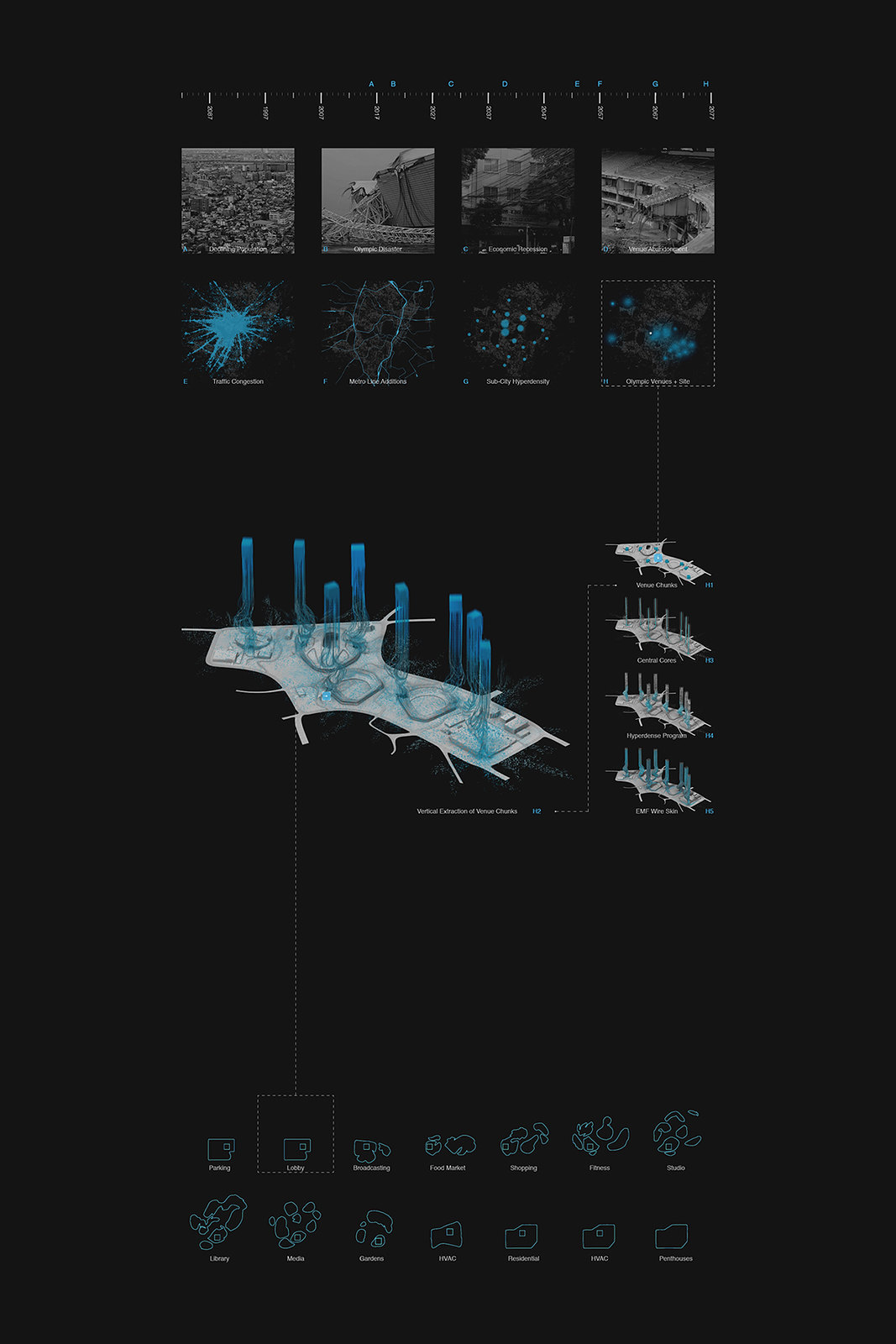 Conceptually, each tower is geometrically defined from the start by extracting a cubic ‘seating’ chunk into the air. This extraction leaves behind a long trail of dust, debris, wires, and other materials. The movement of these materials into the air is used as a means to typologically redefine the skyscraper form into an ‘olympic thing’ with an asymmetrically disrupted abdomen. The asymmetry of the interior massing further helps to bleed opposing program elements together, either through physical adjacency and connecting bridges or visually through apertures and windows. The interior is defined through advection and perlin noise algorithms which help to create openings and pathways for people to access. Variations of these algorithms are repeated throughout each structural layer to create a blurring effect when viewed from afar. 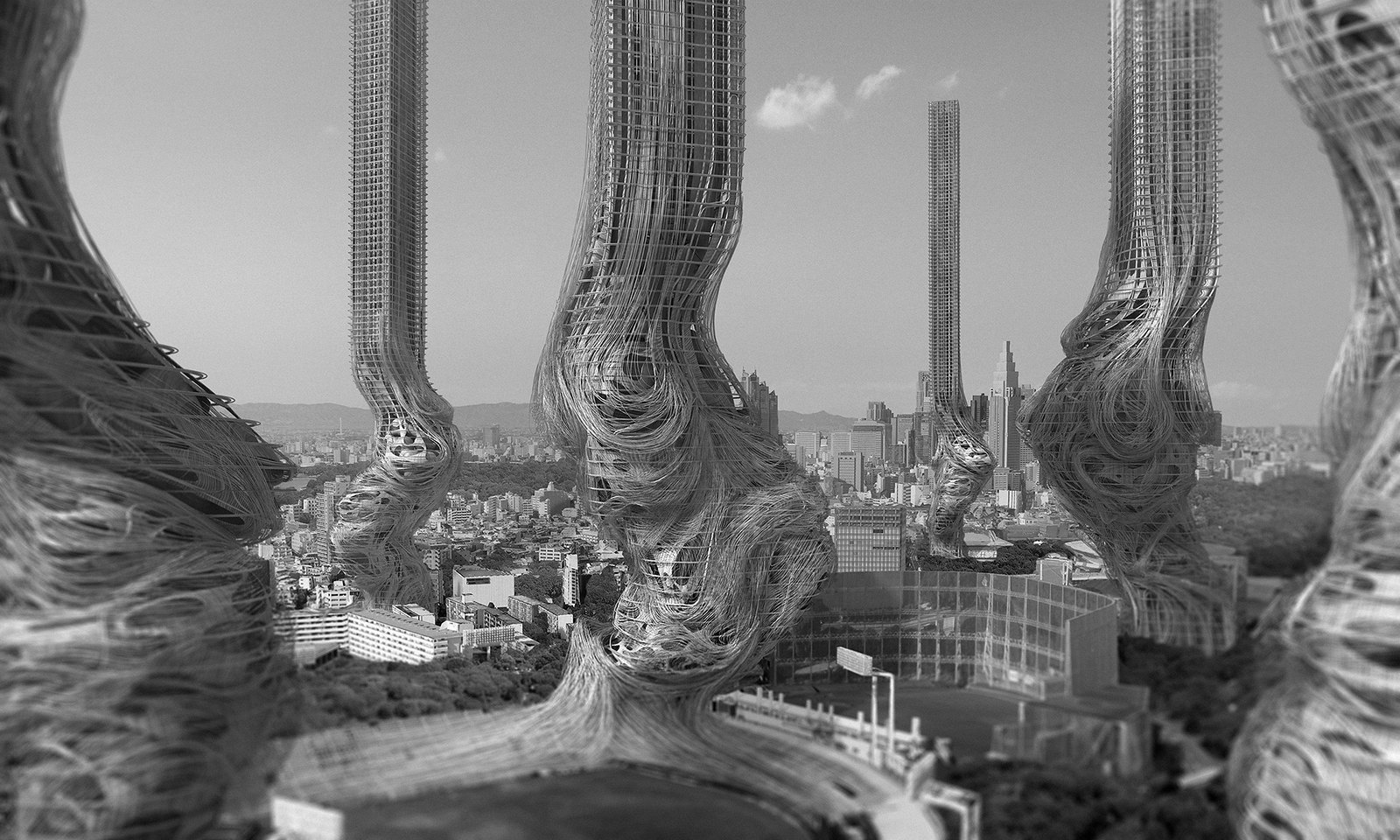 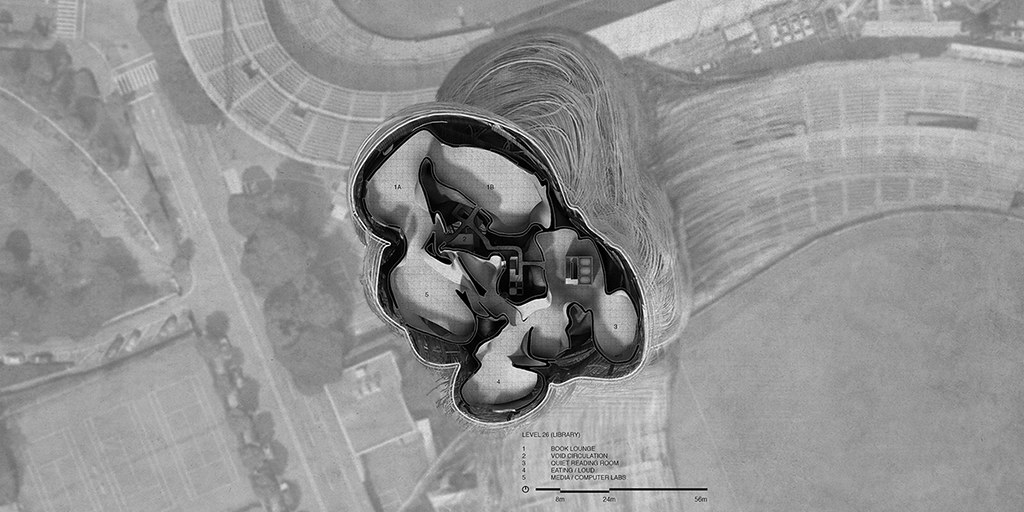 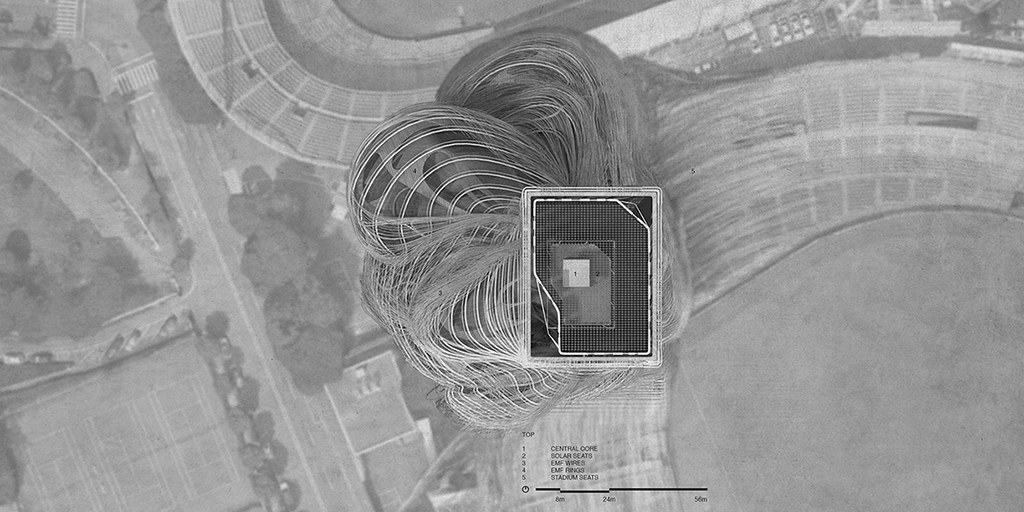 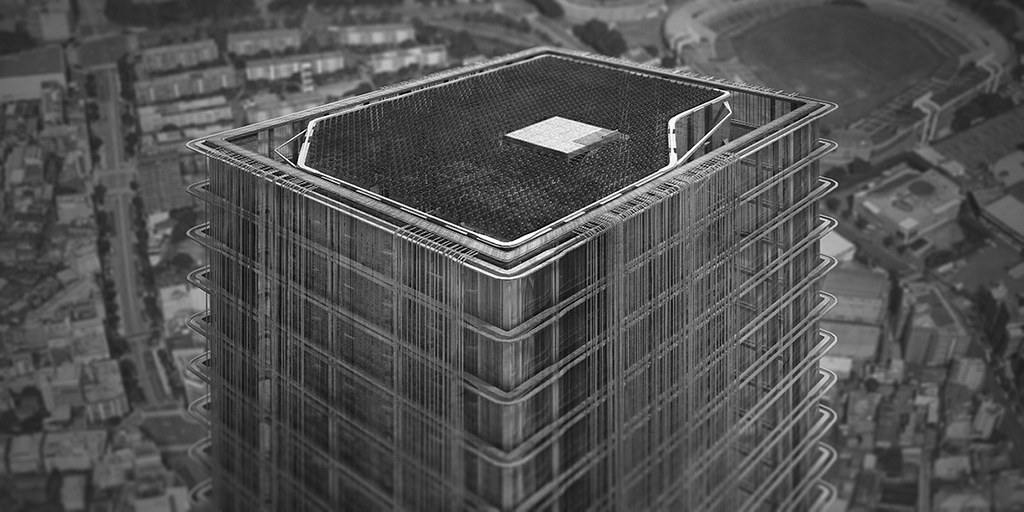 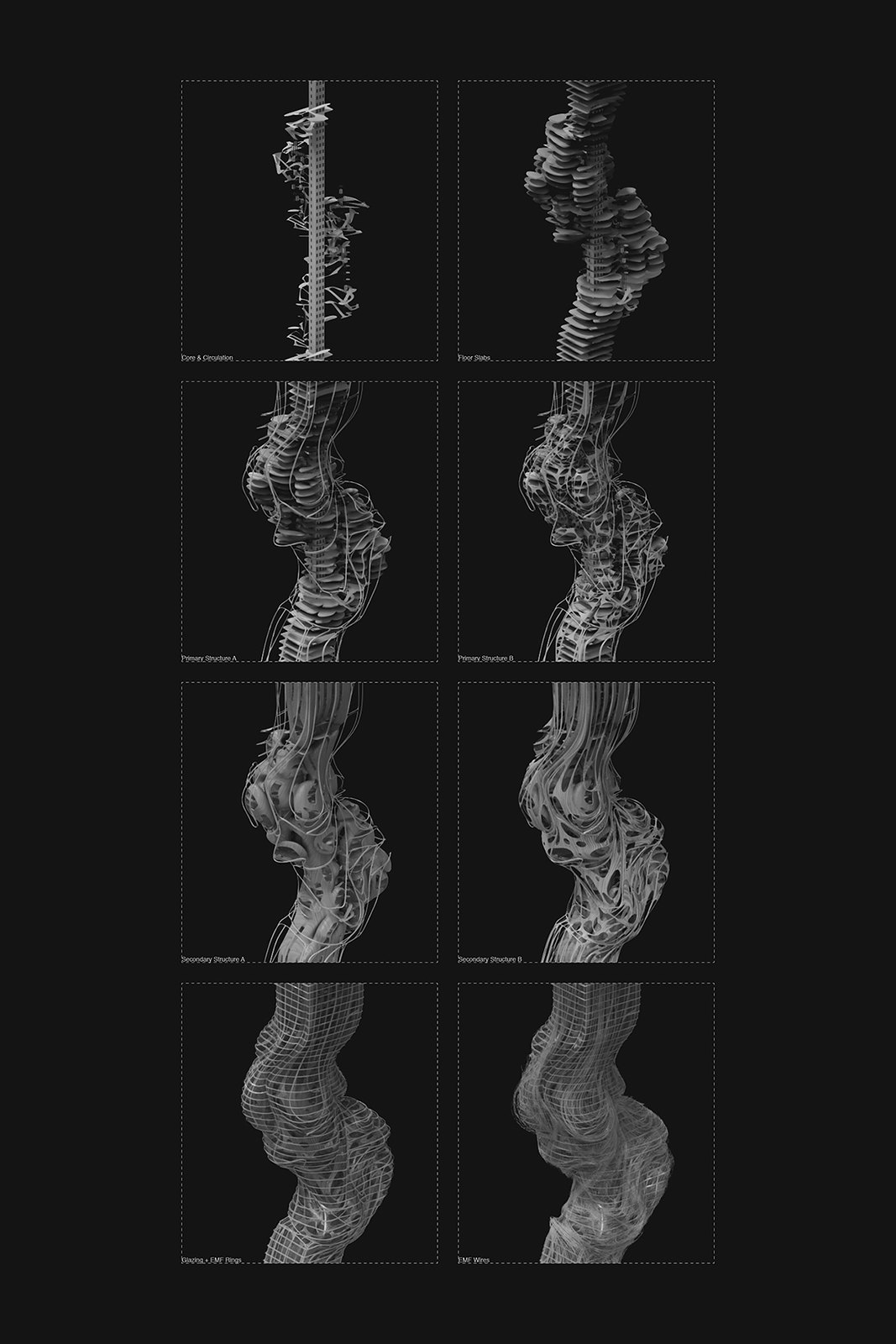 Each tower is wrapped in multiple layers of manipulable wires, cables, and other re-purposed stadium strings. Along the perimeter of every floor there are magnetic rings that work in conjunction with these wires to create a dynamic curtain system. Electromagnetic pulses (EMP) are sent through the outer magnetic rings in order to generate small electromagnetic fields (EMF) between the rings and the nearest perpendicular wires. Each magnetic ring can be turned off or reversed in polarity with accordance to adjacent program needs. Fields can also be completely disabled so that wires align vertically to provide an effective way to control light and views. Although each tower is structurally identical, the use of the EMF wire system allows each tower to continuously take on new forms throughout the day. 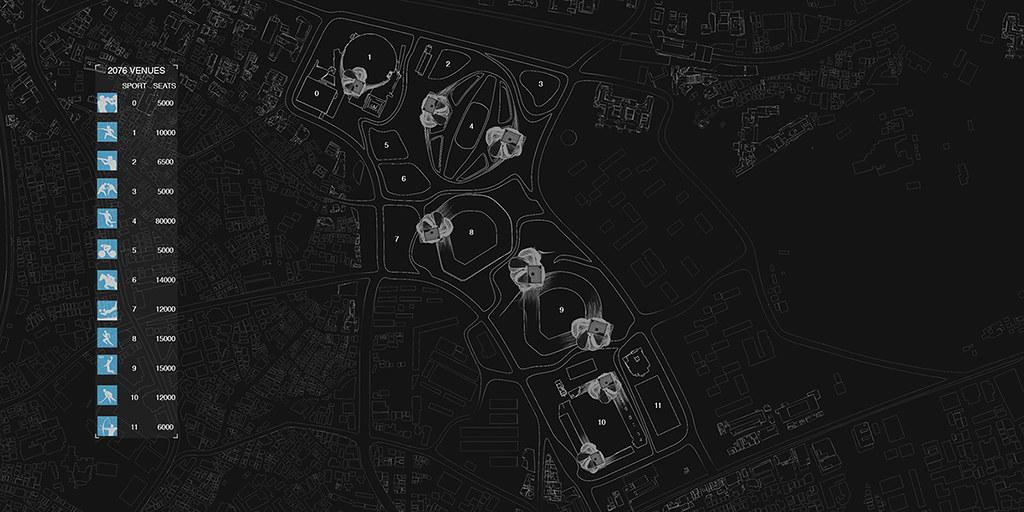 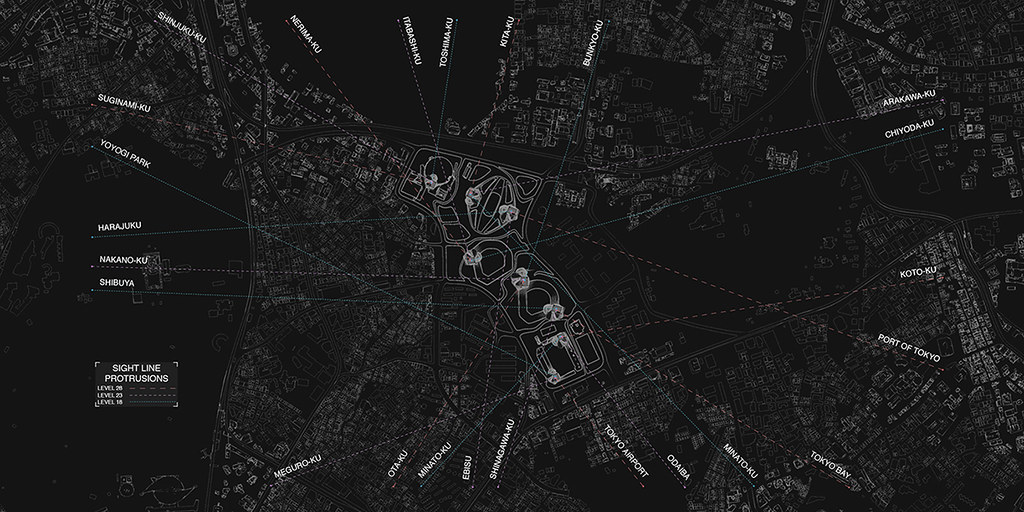 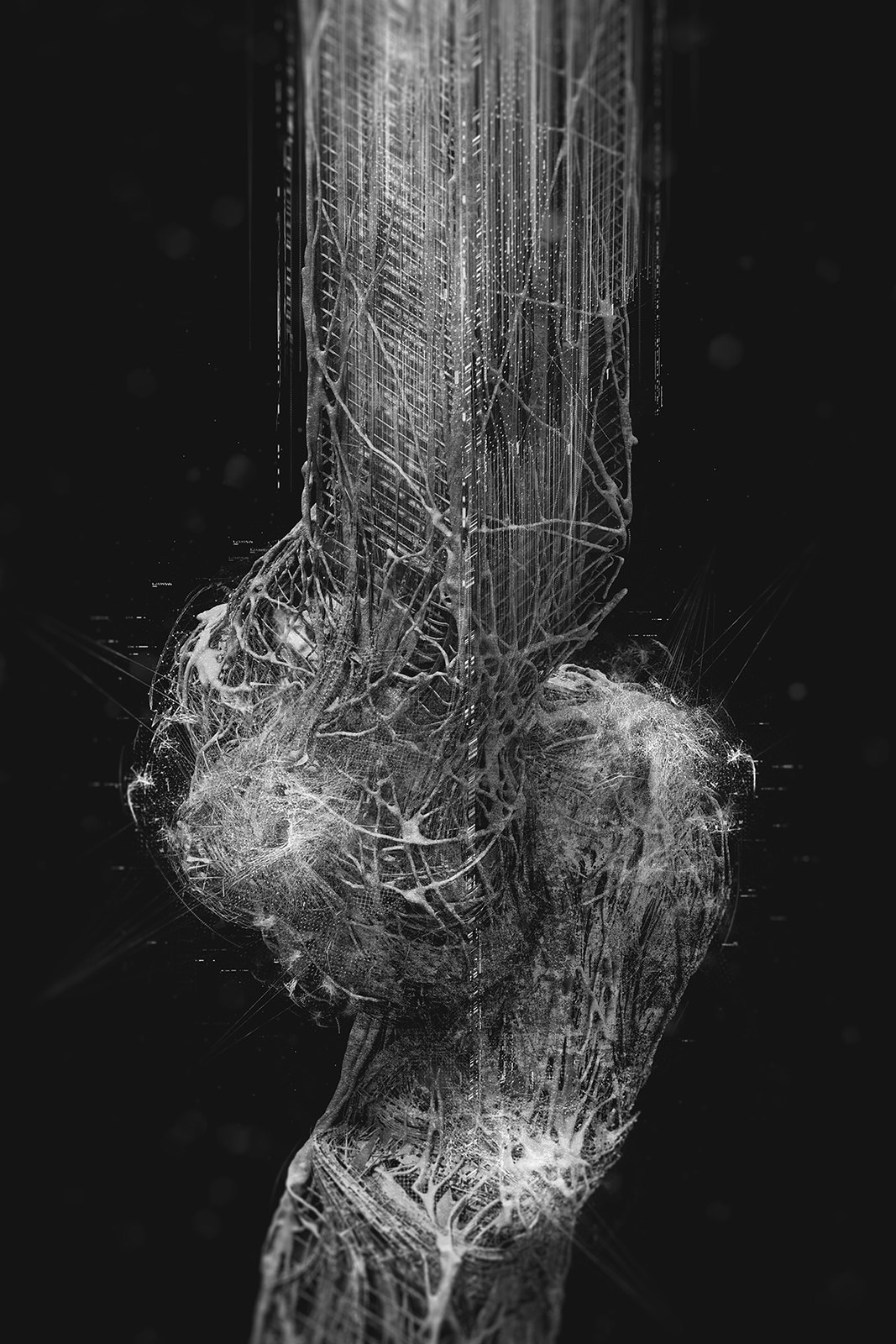 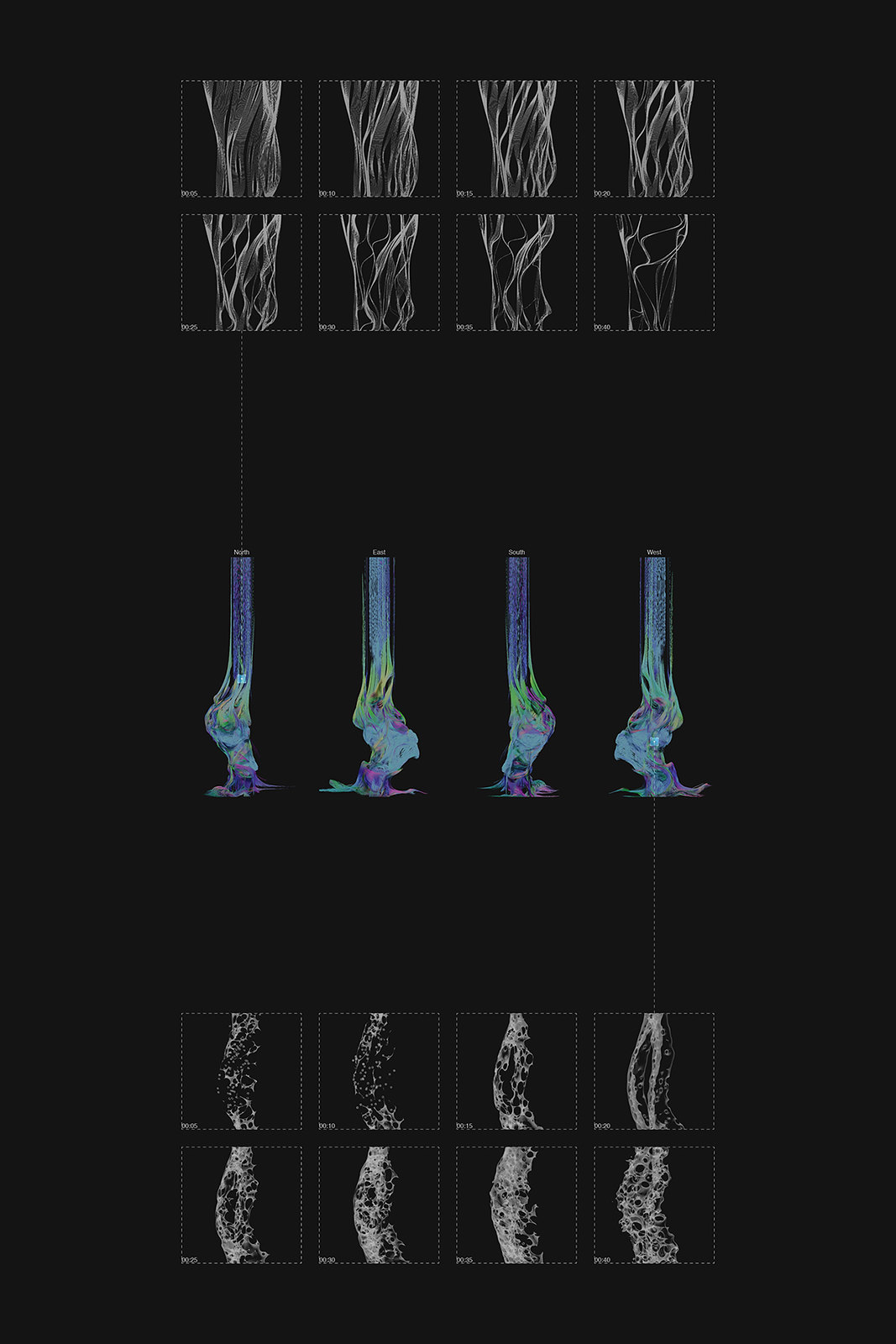 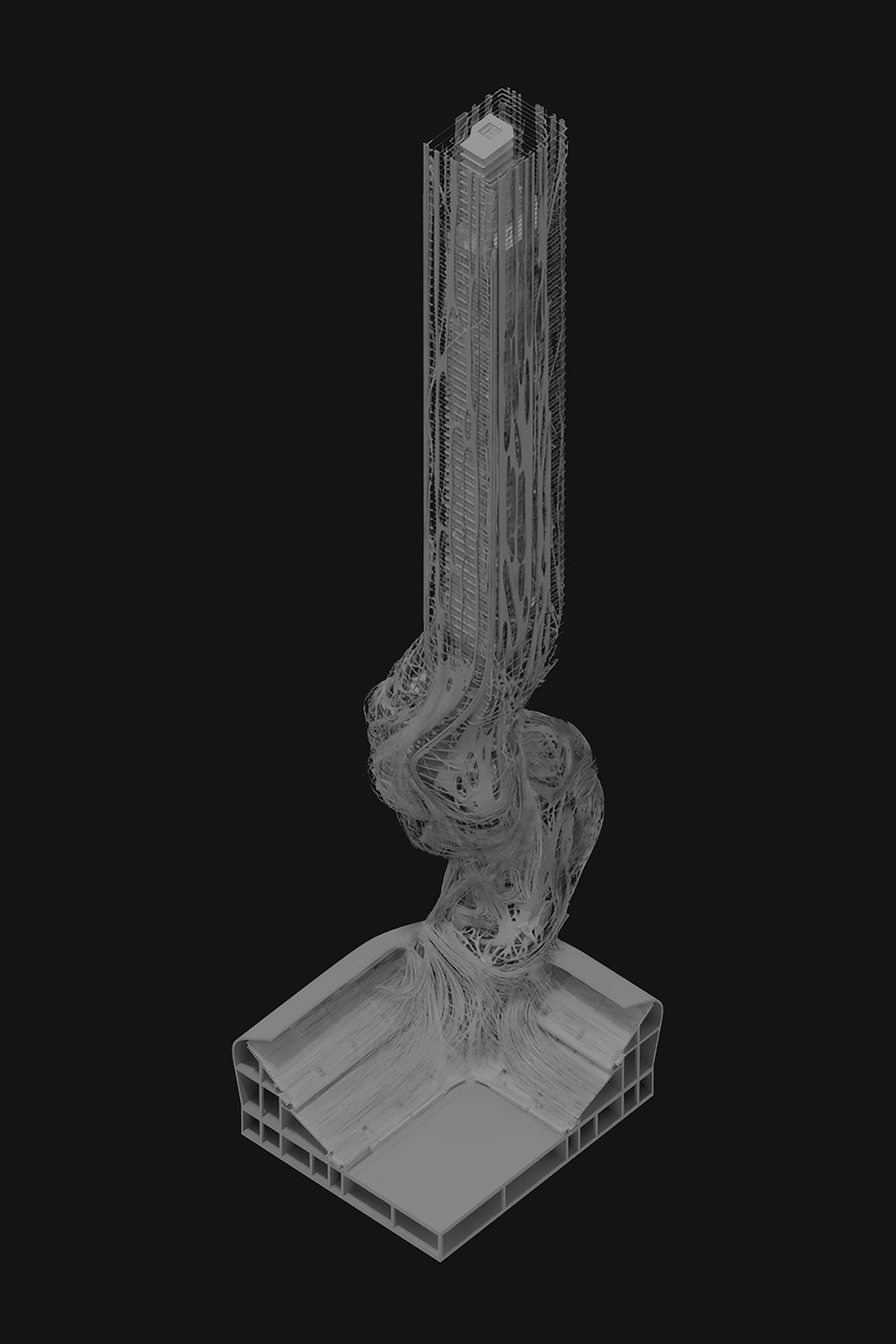